Before long, Ottawa would proclaim some amendments to the processing of the Canadian Permanent Residence (PR) applications submitted by international graduates of the different Canadian study schemes, or so it is reported. 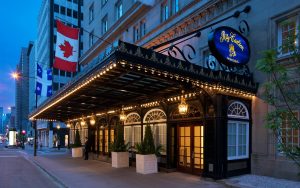 A new report from the concerned body, namely, the Advisory Council on Economic Growth — which reportedly advocated that the nation improve its immigration levels to 450,000, with a view to optimize economic progress in the country —advocated that the country receive additional graduates from across the globe as permanent residents.

It (the Council) suggested two methods to ease the corridor to PR for global students in the nation—boosting the figure of the points earmarked under the Express Entry structure, and making the Labour Market Impact Assessment (LMIA) procedure simpler for the recruiters/firms which wish to take into service international graduates, who pursued studies at the Canadian educational establishments.

Allegedly, the Council’s proposals mirror Ottawa’s own targets related to inspiring international students to stay put in the Maple Leaf Country, post graduation. Reportedly, the Immigration, Refugees, and Citizenship Canada (IRCC) agents have regularly expressed their support for those global students who want to shift to the overseas hotspot on a permanent basis.

Started in the month of January, last year, the system was tailored to respond to the nation’s specific labour market requirements, via choosing those aspirants for PR to the destination who would be most expected to integrate fruitfully, and play a decisive role in the national economy.

Applicants in the Express Entry Pool are duly assigned Comprehensive Ranking System (CRS) points on the basis of the civil position information, work and education background, language skills, and other issues.

The IRCC gives Invitations to Apply (ITA) to the highest-ranking aspirants at the time of carrying-out its draws from the pool of applicants. Those who obtain an ITA can present a petition for PR to the nation’s administration.

Improvements Round the Corner

McCallum had reportedly expressed a longing to make the LMIA procedure simpler for those recruiters/job-providers, who want to employ international graduates, prior to the Advisory Council issued its proposal.

At present–under the Express Entry arrangement–an applicant in the pool can get 600 CRS points for an offer of employment, in case their recruiter has received an LMIA, to demonstrate that the nation lacks the nationals or permanent residents to perform that work.

An additional proposed change that would possibly prove useful for international students & graduates is the reorganization of the allowance of CRS points to those who have enrolled for a study course in the Maple Leaf Country.

Summary: Ottawa would shortly declare some amendments to the processing of the Canadian Permanent Residence applications presented by international graduates of the different Canadian study schemes.

Blog, News & Updates
Apply for Canada PR Visa, Canada Express Entry, Canada Immigration, Canada PR, Immigration to Canada, PR to Canada
Interested PR in Australia from India–Where to Start From?
Find Out How You Can Apply For Canada PR from India!