Canada is committed to improving its immigration system, keeping in mind the specific needs of its economy and the visa candidates from different regions and domains, or so it seems. It is especially focused to make the overseas journey of students to Canada easier and better.

Talking about students, are you a student from India and keen to study in the country? If yes, this news report will be perhaps music to your ears. The most recent Canada immigration regulations, made public sometime back by the administration, will allegedly prove helpful for the students like you. 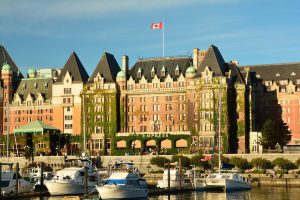 According to the Immigration, Refugees, and Citizenship Canada, many improvements to the well-known and the widely used Express Entry system have been declared. These will boost the grant of Permanent Residency (PR) to the high-skilled immigrants and the overseas students, graduating from the different educational establishments of the nation. The most recent immigration rules will become effective from November 18, this year.

For those not tuned in, the students from India comprise close-to 14% of the entire foreign students in the Maple Leaf Country even as India is next only to China, in terms of the source nations. And, from 2004-2005 to 2013-14, the figure of the overseas students in the overseas hotspot headed north to 88%. Hence, global students, at present, involve approximately 11% of the whole students pursuing education in the various Canadian educational organizations.

The Comprehensive Ranking System (CRS) shall offer 15 points for one or two-year diploma/certificate even while 30 points shall be provided for a diploma/degree/certificate of three years time-frame or beyond. The same comprises a Master’s, Doctoral or any other professional degree.

At present, a growing number of the ex- international students shall in a position to make smooth transition to the prized Permanent Residency. It will be via the Express Entry system.

It will also prove decisive and assist in the easier shift to the Canadian world on a permanent basis for the global students. It’s because the students from abroad shall possess well-established social links in the Maple Leaf Country.

John McCallum–the incumbent Canada immigration minister–has reportedly repeated that the country is 100% devoted to draw more high-trained immigrants and assist them get PR in the nation. The same is crucial for developing and strengthening the national economy and society.

As per McCallum, the amendments to Express Entry are among the numerous helpful results of the recent improvements made to the country’s immigration arrangement.

Summary: Latest Canada immigration regulations, declared sometime back by the administration, will prove rather useful for the students from India and make their journey to the nation easier and better.