Down Under Set to Make Visa Rules Tighter for Foreign Doctors

Down Under Set to Make Visa Rules Tighter for Foreign Doctors

According to a report from Australia, plans are afoot to make visa regulations tighter for the foreign doctors with the elimination of many health professional job opportunities from the official Australian Skilled Occupation List (SOL) which offers visa access for the people from outside. 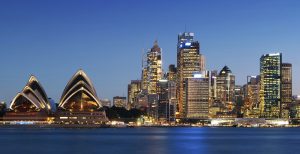 The administration has flagged as many as 15 health professions, comprising medical specialists, which it is keen to take out from the list as there are presently sufficient local professionals to fill the said openings, despite the fact that some health chiefs have reportedly issued the warning that the various rural areas are still plagued with the absence of the required number of the said professionals.

Allegedly, it is more to do with an unwillingness of the young trained persons to do a job in the inaccessible and far-flung regions. Both Australian doctors and those submitting an application for a Work Visa from abroad prefer to reside in the different state capital cities in the country.

The Australian Medical Association, which represents doctors, reportedly stated that the nation is less dependent in general on the international recruitment even as it indicated that the elimination of some specific skilled professions–like cardiologists, anaesthetists, the GPs, and paediatricians–would not stop them from seeking work in Oz, but they would require doing it through other visa categories.

As per a concerned person, global medical graduates have made a pretty crucial contribution to the medical manpower during the course of the previous 15 years, despite the fact that the state-of-affairs is not the same, and it is changing now even while they are finding it growingly tough to find jobs in the country.

The latest medical practitioners report from the concerned organization, which relates to 2015, reveals that the geographic spread of the doctors between the different Australian cities & rural regions has become immensely better. However, the same also indicates that there are still numerous problems in the distribution of the country’s health personnel.

The report also says that in general the figure of the skilled medical practitioners is continuing to head north even while access to the GPs in the regional areas is presently comparable to access in metropolitan areas, and hence the requirement for the trained doctors from out-of-the-country is not as big as it was previously.

Nonetheless, some doctor’s bodies still reportedly opine that it will be better if the foreign medical professionals are still a vital component of the nation’s health manpower.

Even as the report on the subject stated that there will be an oversupply of as high as 7,052 doctors by 2030, it also substantiated that across the rural and remote regions of the country there are vast differences in supply, and that some specific medical specialties are hardly in the right balance.

Against this backdrop, the skilled doctors–keen to offer their professional services in Australia–could allegedly find it rather easier to find a position in a more remote area, vis-à-vis in either Melbourne or Sydney.

Summary: Australia is set to make visa norms tighter for the skilled foreign doctors with the elimination of numerous health professional vocations from the official Skilled Occupation List which proffers visa access for the candidates from abroad.